ONE MORE LANGUAGE is a project which unites and blends research on vocals and the sonority of languages within the framework of jazz, improvised music, lyrics and poetry.
From 1999 Francesco Forges and Shinobu Kikuchi have been involved in live performances and recordings with european and african singers from different musical backgrounds. They have worked towards a continuous development of original pieces, classic jazz from an extensive repertoire and traditional music from an enormous collection from all over the world.
Originating as an “a cappella” group, in collaboration with Karin Mensah from Capo Verde and the italians Simonetta Artuso and Massimiliano Pascucci, the project then expanded to include the work of other singers (Anna Lauvergnac, Maurizio Nobili, Oskar Boldre and the brasilian Ana Flora) and percussionists (Kal Dos Santos and Federico Sanesi).
It was under this form that in 2001 ONE MORE LANGUAGE received the “Targa Mazars” prize for the best musical project under the title “Jazz vocals between melody and timbre research”, performed live at the “Jazz in Bocconi” Festival in Milan and subsequently produced the cd “LETTER FROM MOTHERLAND” (Ed M.A.P.).

The group afterwards appears in various formations consisting of 2 to 4 elements and the vocals are supported by the piano, violin and flutes (used in both a “vocal” and “percussive” context) and electronic instruments.
With this context, the group opened itself up in the following years to sessions with new artists, culminating in a new cd, “DESAPARTACTIONS” (Ed. Music Center), where next to the great Basque singer/improviser Beñat Achiary we find the versatile voice of Francesca Breschi, Henri Olama from Cameroon and the guitarist Giuseppe Gallucci.
The compact disk combines original compositions with traditional pieces including tracks by Steve Lacy, Mal Waldron, Wayne Shorter and Leon Thomas using the texts of Bernardo Atxaga, Raffaello Baldini, Herman Melville and others.

In 2014 the project, which has gradually become more oriented towards transcultural music and poetry, goes on with new collaborators (Simona Colonna, Laura Torterolo, Paolo Solcia) after concluding the successful collaboration with Shinobu Kikuchi, who is now involved in her solo project DEN- SHO.

After LETTER FROM MOTHERLAND, dedicated to the “relation” and DESAPARTACTIONS, based on the “desertion”, the trilogy ends with a new record, FROM INSIDE TO OUTSIDE (MusicaCruda 2015), that compares with the “migration”, through a new sonic exploration built around poems by John Berger, Gabeba Baderoon, Amelia Rosselli and Silvia Albertazzi. 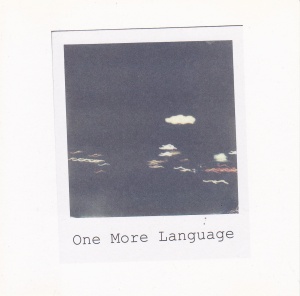